Hey Guys..!!! The much awaited Blackberry Messenger (BBM) has been officially released today at around 2.40am (IST)  and Yes, now you can download BBM for Android and install it right now and start chatting right away. 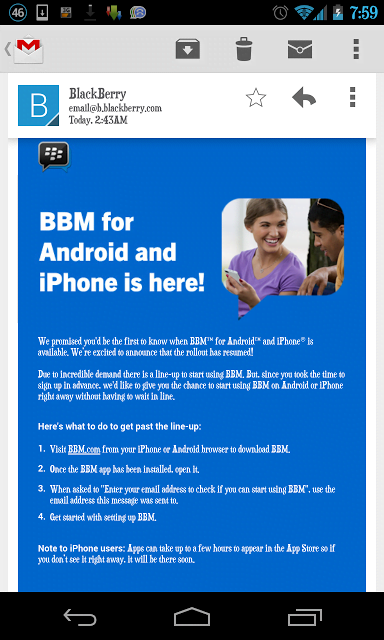 But the problem is that its not working currently, since its not an official launch. But you can sign up and as i also tried it on my Nexus 4 and I successfully registered my E-Mail id on Blackberry Messenger (BBM). The APK is actually quite useless as when you log in, it won’t connect to Blackberry Services, the network used to push all these bits and bytes around in real time. 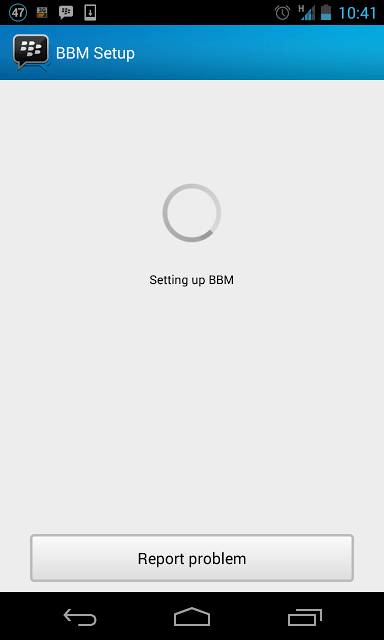 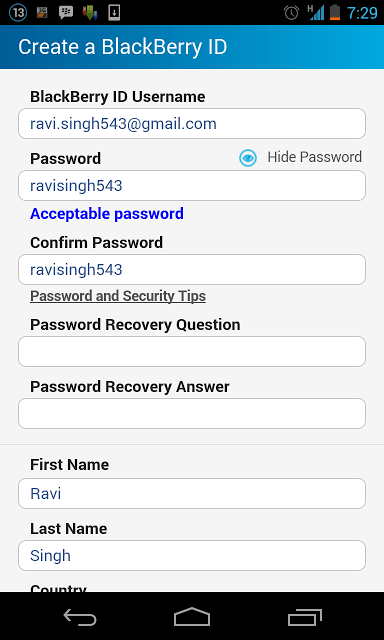 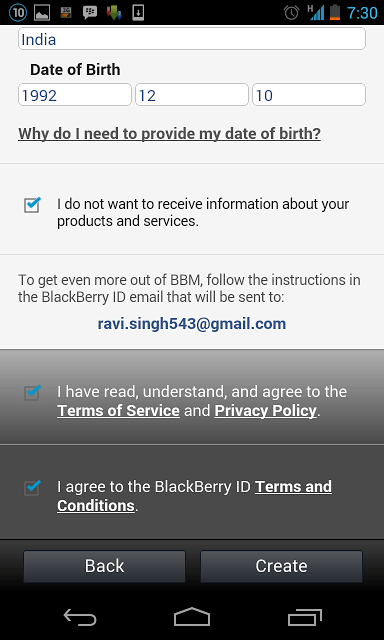 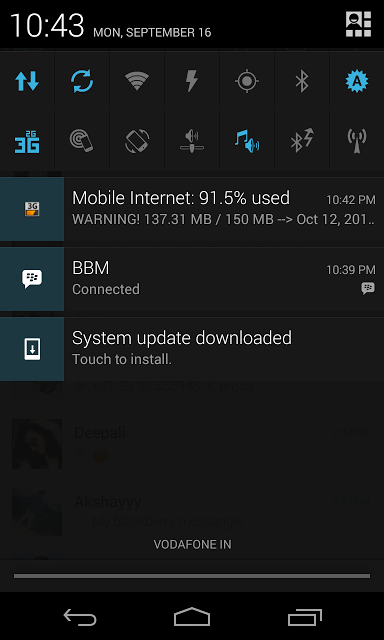 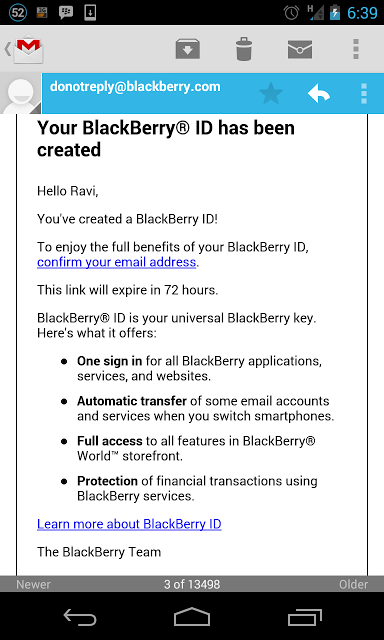 The app is expected to have many of the features that are on BlackBerry devices. This includes the ability to send text and voice messages. Below is a demo from BlackBerryOS.com.

What is BBM?
BlackBerry Messenger or BBM as it is commonly known was one of the first mainstream instant-messaging services on smartphones. The app comes preloaded onto BlackBerry devices allowing users to call, text, video chat and share screens with other BlackBerry users via 3G and free over Wi-Fi.
Using the BlackBerry Group feature, you can privately share calendar events, photos and other documents with up to 30 other BBM users.
How does it work?
Each BlackBerry devices is assigned a unique PIN – which acts as contact number. In theory these PIN-to-PIN messages are as secure as they come. Despite being able to send and receive messages in seconds, there is a complex four-step process for each message:
1. The first stop for a BBM PIN-to-PIN message is the user’s mobile network.
2. The operator then forwards the message to a BlackBerry relay station in Canada.
3. From here message is transferred to BlackBerry’s mobile service provider
4. Finally, the (receiving) mobile service provider then transmits the message to the recipient.
Why is BlackBerry rolling out BBM to iOS and Android users now?
Blackberry is struggling to gain traction in the smartphone market, having spent the bulk of 2012 designing its BlackBerry 10 operating system. The firm lost many of its users to Android and iOS operating systems during this time.
Applications such as WhatsApp, which allow users to communicate over-cross platforms have also become hugely popular and at this moment in time are more useful than BBM.
BBM has an active user base of 60 million, compared to 200 million for WhatsApp. BlackBerry is hoping that by extending its app to Android and iOS, users will be encourage to buy its devices.
Will the Android and iOS versions have all the same features and functionality?
For the most part yes. iOS and Android users would be carry out all the regular BBM messaging services. The app will also allow them to share photos and voice notes, and engage in BBM Groups chats containing up to 30 people.
iOS and Android users will be able to add their contacts through PIN, email, SMS or QR code scan. BlackBerry says that Android users will also be able to connect using a compatible NFC-capable device.
Release date and pricing
The release date hasn’t been confirmed yet. T-Mobile posted a tweet claiming it would launch on 27 June, but BlackBerry moved quickly to quash this. However, based on reports the release is likely to be days or weeks before it’s launched, rather than months.
Once released, the BBM app will be available for free from the respective app store.

You’ll have to use it on a whitelisted device in order to get it to work but You can download it anyway if you just want to check it out. Grab it here, poke it a few times,then let it rest as we await the real deal in the days to come.