I just updated my Samsung Galaxy S8 from Android Oreo to official Android Pie 9.how to Update Samsung S8 Plus With One UI on Android Pie 9.00 OTA update with Samsung’s One UI. Excited to install the Android Pie official release on your Samsung S8 phone?

And here’s how to Update Samsung S8 Plus With One UI on Android Pie 9.0 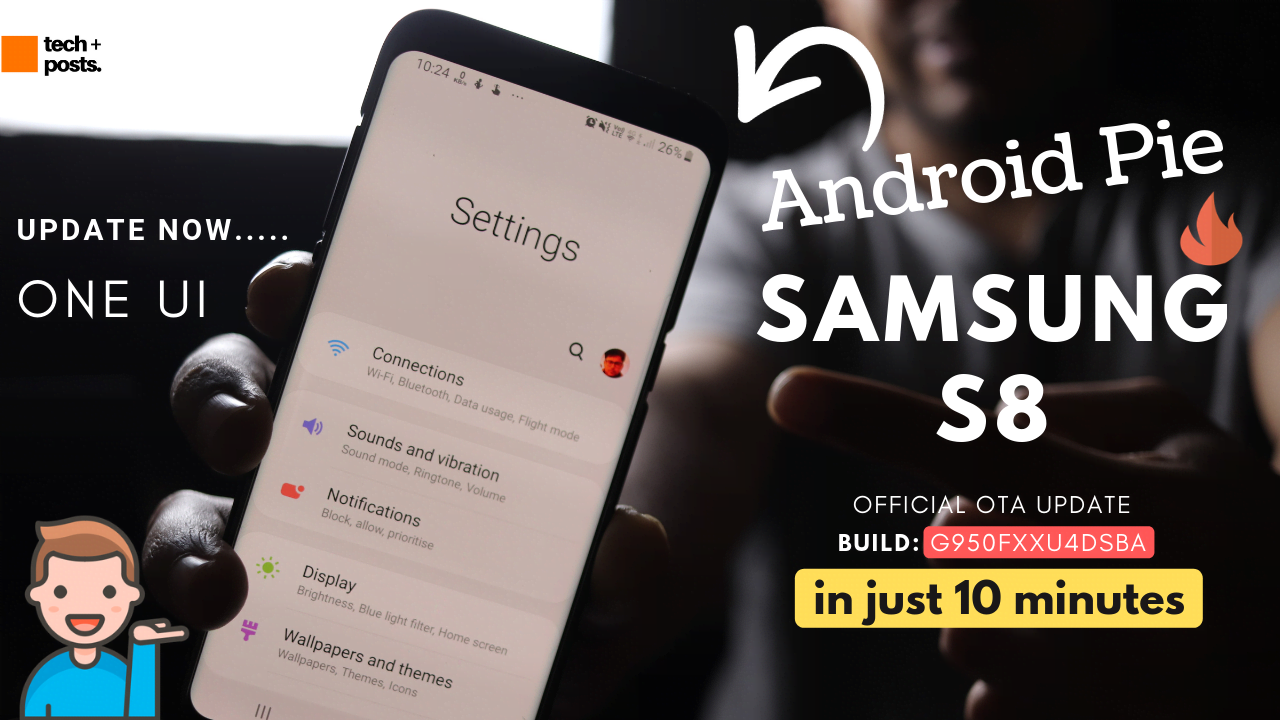 Start by backing up your important files from the internal storage. The step is most important. While the update process is seamless, in a rare case scenario, something can go wrong and you may end up losing entire data stored on your phone.

If you want to update and stay safe, backup. This backup will also help you restore a file when you accidentally delete a file or lose your phone later in time.

Here’s the link to the update folder named update.zip

The folder contains the official Android 9.0 Pie OTA update for Samsung S8 smartphones. Then copy the update.zip folder to the Root of your SD card.

If you don’t have an SD card, borrow one from someone or buy one.

Watch this video till then. It’s about how to build a Home automation device under $10. Interesting video to watch till update installs.

After that, you will be able to use and experience the all-new Samsung One UI powered Android Pie 9.0 on your very own Samsung Galaxy S8 phone.

No more waiting till March. Mind you, this is an official update. So don’t worry about warranty and other security stuff. It’s all intact.

Now that I have helped you update your s8 device before the due date and experience One UI in the most stable version, why not return the favor by subscribing to our newsletter and YouTube. It will help us build content like this and always come up will such early leaks and releases.