Contents hide
Currently, almost everything works well including,
Current Issues with macOS Mojave 10.14 Installation
Here’s what I Doubt that I need to Fix 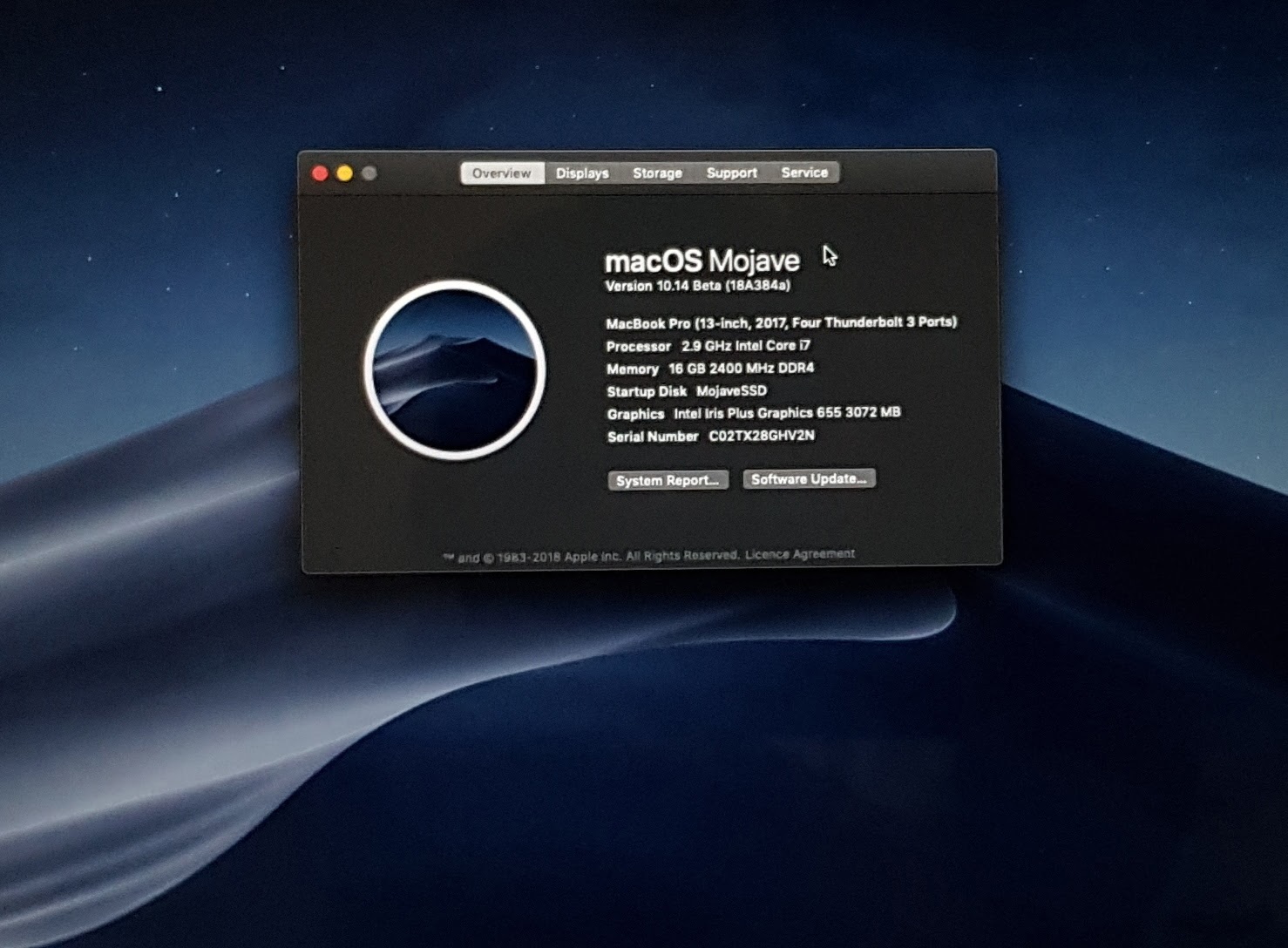 Currently, almost everything works well including, 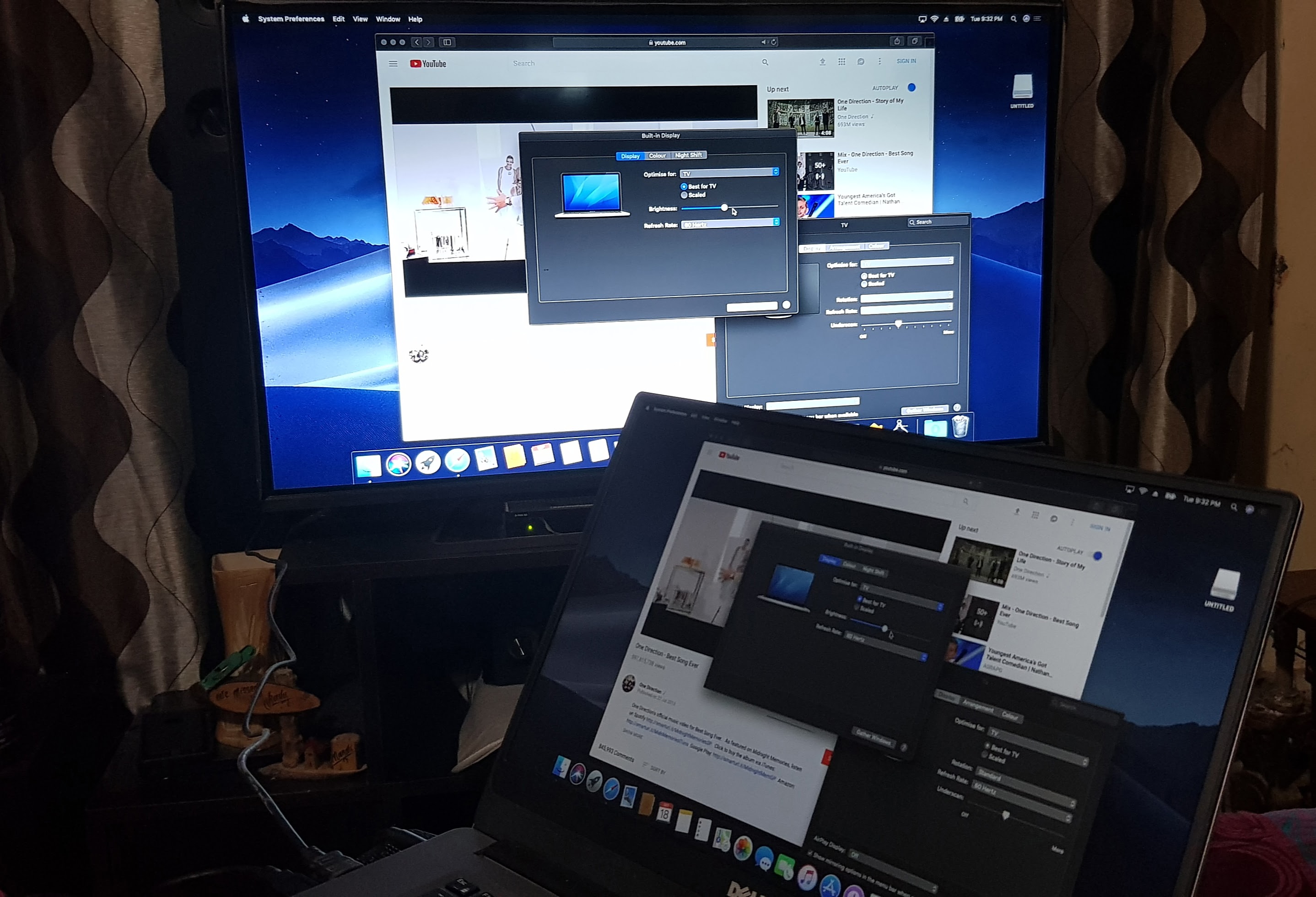 Since it’s a beta version, I faced a lot of issues while installation and post-installation of macOS Mojave. We will post a separate guide on macOS Mojave installation once the Apple releases it. For now, we will talk about a single major issue that I am facing with Mojave on my Dell 7560 laptop i.e. system freeze.

After successful macOS Mojave installation on my Dell laptop, I was quite optimistic and most of the things did go well as I was able to fix most issues in High Sierra. So as mentioned earlier, major hardware issues are fixed except the system freeze, which is quite annoying. I tried a few fixes by altering Config.plist and patching DSDT but until now, nothing worked.

That’s the reasons why boot is a bit slower.

Anyways, after boot and login, I was able to use apps normally but sometimes when I tried opening a few apps simultaneously, they apps got stuck in loading and took a while to appear on the screen, which is a clear sign of lag in performance. Please note that the system is running on AC adapter power.

Next, while using apps, I tried to switch between Chrome and Safari apps, which lead to a system freeze. That’s quite unusual. I am using macOS High Sierra for a very long time but never faced such an issue.

Here’s what I Doubt that I need to Fix

When you install macOS High Sierra or Mojave on an SSD drive, it automatically converts to Apple File System (APFS), which could be a reason of macOS Mojave system freezes and lags due to hardware limitations. APFS is optimized to work with Apple hardware more efficiently and thus, causes issues when you use it on a Hackintosh. There were previous complains about APFS format on High Sierra Hackintosh. In fact, the High Sierra installation on my 860 Evo M.2 SSD is HFS (Journaled). I found the easiest way to avoid APFS conversion and i did share it via a blog post that you can find here: Install macOS without APFS Conversion on PC

I wanted to share this with you, as I am quite sure you are also waiting for macOS Mojave. The Mojave update is bringing some of the best features such as dark Mode and security updates to safeguard you from online trackers. I will upload the 10.14 Clover folder on my GitHub page soon after the official release of macOS Mojave that you can use to install Mojave without APFS conversion. A detailed guide will also follow through with a video tutorial to assist you in macOS installation.

READ  How to Install Mac OS X 10.10 Yosemite On A Windows PC

What do you think?

92
SHARES
ShareTweet
Subscribe to Our Newsletter. It's FREE!Pin it!

Donate via Patreon to support me.
Thank You!

Don't Click!
Back to Top
Close
X
[Solved] Error: could not get license agreement- Quick Fix…HackintoshWith High Sierra, Apple introduced its new file system APFS (Apple File System) which is much faster and is more secure. However, the speed and securi…

Getting Ready for macOS Mojave 10.14 Hackintosh

Sharing is important for this blog.
I work alot to create such exclusive How-To guides and reviews with video guides. Please help this blog sustain and reach more people by sharing this post with your friends on any one social media channel!

Your password reset link appears to be invalid or expired.

To use social login you have to agree with the storage and handling of your data by this website.

Send this to a friend