Home
Android
How to Enable Flash on Front Camera – Android/iOS

We’re now living in the Smartphone era and people have become so obsessive with their Smartphones that they’re mostly using their mobile camera to take photos instead of the digital cameras. The main reason behind this change was the technologies being used by the mobile manufacturers. Almost, all the Smartphone manufacturers are providing high quality camera support in all their phone models. Despite low-end, mid-range or high-end devices, each mobile is having at least a single camera so that the users can shoot stunning pictures and videos without needing to carry a separate device (digital camera).

Another interesting feature that is being added now-a-days is the front-facing camera which lets you take your own pictures without the help of others and even make video calls to your loved ones. Unlike the primary cameras (on the rear side), these front-facing cameras doesn’t come with the flash support. So, if you wanted to take your picture during the night time, then you’d see nothing but a blank screen or a blurred image (sometimes). 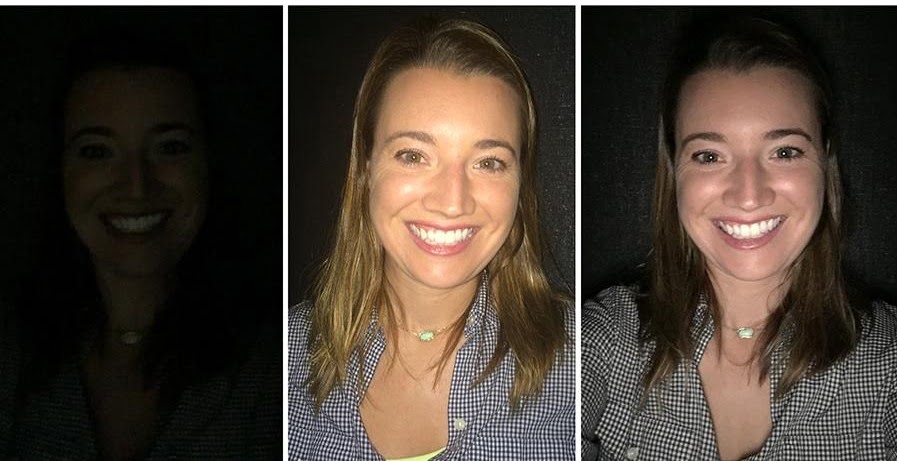 Fortunately, few application developers have come forward with special apps that add a flashlight to your front-facing camera. Don’t think otherwise! Those apps will make your screen light even more brighter so that it reflects on your face and thus helps you in taking a better picture during the night times.

Adding Flash to the Front-Facing Camera of your Android Smartphone

Front Flash is a pretty useful app available for free at the Play store and it gives you the ability to capture photos using your front camera, even in the low-light. This app uses your device’s screen as a flash i.e., virtual flash, keeping your face clear of grain and make it visible even in pitch-black.

That’s it! You can now take illuminated photos from your front-facing iPhone camera, even in low light.

Hope you liked the article. In case you find any problems installing the FrontFlash on your Smartphone (Android or iPhone), please feel free to add a comment.