When you have had a smartphone for a while, it can start to feel slow and RAM or Random Access Memory can be the issue. Now RAM is the crucial memory where your device stores temporary files and resources. Whenever the running program needs something, rather than pulling it all from the memory, it quickly pulls out those files from the RAM giving you a smoother and a seamless user experience. As a result devices with more RAM can store more data and hence are smoother even while running demanding apps or games and heavy multitasking. Whereas devices with low RAM even struggles while doing the rudimentary things like browsing the internet or while watching a video. 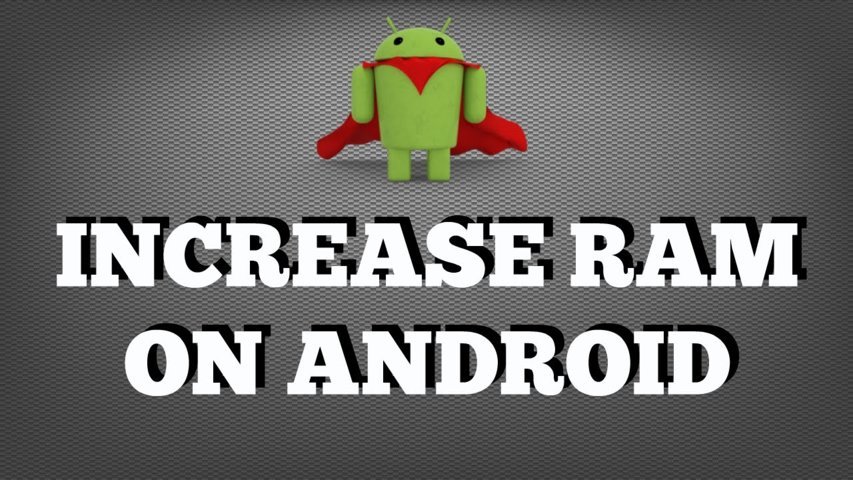 How to Increase Android Device RAM

But unlike computers where you can physically add as much RAM as you need, in a smartphone the RAM is proprietary and cannot be physically added or removed without blowing the whole thing out. But since your device memory which is used to store the data is quite similar to your RAM. You can turn small portion of your SDcard or internal memory into RAM and we call it Virtuallly creating RAM for your device (VRAM). So let’s go ahead and add some RAM to your device.

Increase RAM on Your Android Phone

So in order to expand your RAM you’ll need following things,

But before you proceed ahead, please install this free MemoryInfo & Swapfile check from Play Store. This will let you check whether your device is compatible for RAM Expansion or not. This is how you check,

If you don’t get Congratulation message popup then your device kernel probably don’t support RAM expansion and hence your money is saved :). You may still give it a shot, if it fails then you can always ask for an app refund within 2 hours of purchasing this app and get your money back from the Play Store.

According to me, 1 GB of virtual RAM over the existing RAM is more than enough for any activity on your device. 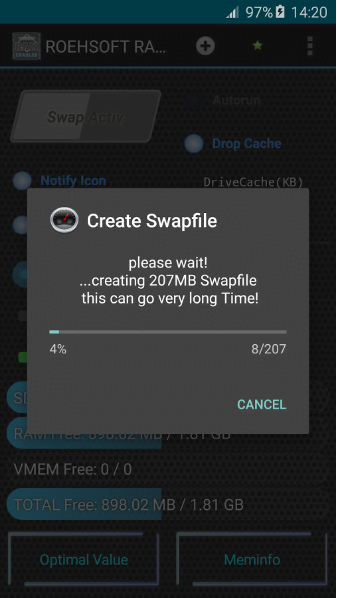 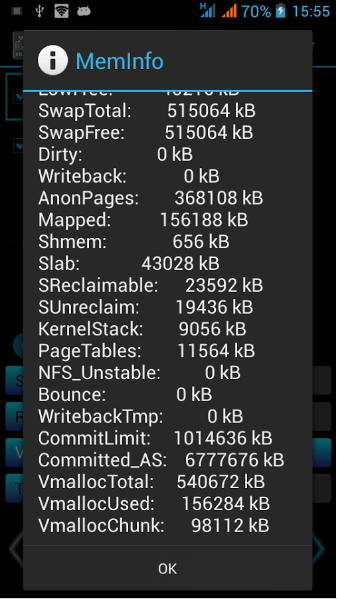 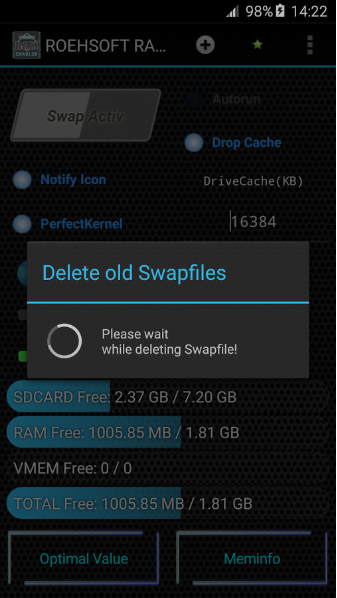 Now upon sliding down the notification bar you’ll see a new info bar showing the amount of expanded RAM that you just had created. So if your device has 1GB of RAM and if you have created 1GB virtual RAM then now your device is running on 2Gb of RAM.


Please Note: The amount of RAM that you have just created will not be shown in your device’s application manager as it’s a virtual RAM and not a hardware based. But it will function similar to your internal RAM.

So if earlier your device or a certain app needed more RAM and there was simply not enough RAM due to which your phone or game slowed down or lagged alot then this VRAM will come to rescue your device and will help your device run much faster and perform better than it was earlier. Now one really basic thing that you should understand is that there are several other factors like CPU frequency, no. of cores, Cache memory, app optimization in your device, background activities and RAM that affects the speed and the performance of your device. this means the RAM alone cannot speed up your device but it will help apps which require more RAM to run faster in your device.

However you won’t see huge boost in performance in day to day activities and apps that you justran. A syour hardware RAM will pretty much do the job. So while playing low end games o high end devices with sufficient RAM, you won’t see any boost in performance.However you’ll definetely notice a significant improvement in speeds and performance especially while playing high end games on low-end devices or devices woth low amount of RAM.