Want to install Android L on nexus 4? Well Nexus 5 or 7 (2013) already running the Android L Developer Preview but now Nexus 4 owners can also get a taste of the next version of Android thanks to developers at XDA Developers forum who ported the rom over to the device, thanks to @sykopompos, @defconoi and @ben1066 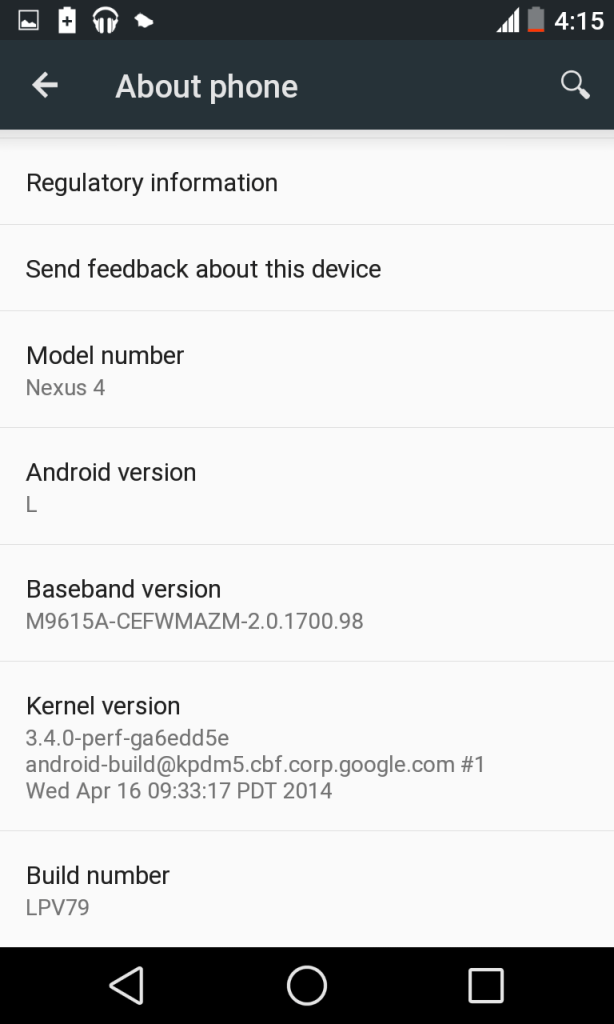 Since Google only pushed part of the source code to the Android Open Source Project (AOSP) for the Nexus 4, the ROM is based on the Nexus 5 and 7′s (2013) Preview System Images.

It should be noted that while it’s not fully functional yet, most things are working and  it “can be used as a daily driver for the majority of Android users.” Although that’s the case, remember that some apps may not work as developers haven’t updated them yet for the Android L release and since it’s a preview, some things may not work until the official release in the coming months.

To install the ROM, Watch this Video  to Install Android L on nexus 4 without Loosing Stock Rom of Nexus 4 (MultiBoot or Dual Boot Nexus 4) 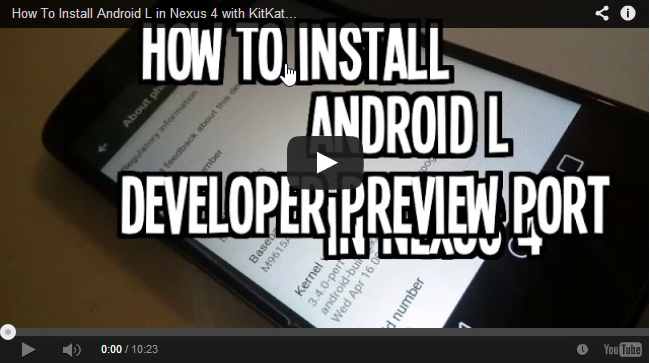 VIA: XDA Developers (How to install Android L on nexus 4)