Home
Android
Install the Xposed Framework on Android Lollipop Devices – ARM7 and ARM8 Based
After a tease earlier this week, Xposed has finally been made compatible with Android Lollipop. But this time the Installation is a bit different – at least for now. This Lollipop-compatible build is in its earliest stages of development right now, so bugs are to be expected, but I’ll show you how to install it in this Video Guide. 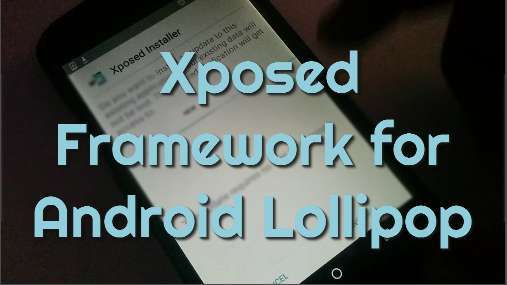 A recent update of the Xposed Framework last week has resolved many issues and bugs on Lollipop. The newer version called Alpha 2, fixes many under-the-hood issues, but changes that affect the end user are also present.
Contents hide
What’s New in Xposed Framework Alpha 2 for Android Lollipop :
Requirements
What's Your Reaction?

If this is your first time installing Xposed framework on Android Lollipop, simply follow the instructions below. For those who’re updating to Xposed framework Alpha 2 after having installed the initial release, the ess is exactly the same—simply flash the newer Xposed Framework ZIP in recovery, then install the newer APK to update the Xposed Installer app.

This new version, still has issues with TouchWiz devices, so Samsung users will have to wait a little longer to try out Xposed on Lollipop.

If you have installed any Xposed Modules on your Android Lollipop? Please let us know in the comments section below, or drop us a line on Facebook, Google+ or Twitter.