Android is the most popular smartphone OS which currently holds 82.4% of market share. Android OS is based on Linux Kernel and is currently developed by Google. Good news is that now you can install Android OS on your PC as a dedicated operating system like Windows or any other Linux OS. We are writing on Androidx86 project since the starting of this blog and always keep an eye on the development of the Android OS for PC (Intel based Computers). Till now we were installing the Android-x86 based OS on our system but now things are changing. A new Android based OS has been developed which is called Console OS. 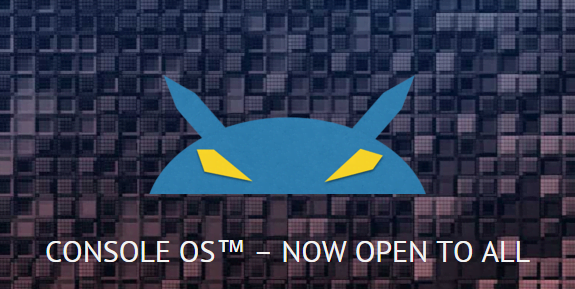 Console OS – Android based OS for PC and Tablets

What is Console OS?

“Console OS is a distribution of Android™ operating system which is based on the Android Open Source Project founded by Christopher Price with a goal to make it the most powerful Android experience possible for the laptop, desktop, PC Tablet, and 2-in-1”. It is very easy to install as compared to Android-x86. You can boot Console OS with Windows 8.1 which is also possible with android-x86 but needs too much efforts and risk of data loss. You can run Console OS in two ways –

Console OS is still under development and is currently supported by below listed devices. Try installing it in your system and if it works on your device than please let us know via comments below:

For dual booting Windows 8.1 and Console OS you need atleast 32Gigs of space. You can read more about the storage and syatem requirements here.

Alternatively, you can download by clicking on any of the following links:

Why try this? First of all it’s fun. Sure, it’s not the same as buying a new Android tablet, but breathing new life into an otherwise idle netbook is cool. Don’t forget to Share and subscribe us by entering your E-mail ID or Follow us on Google+. we will keep you updated on latest  development and News. We will be back soon with the new Howto Guide for installing android on PC (Console OS).