Nexus 6 be built by HTC instead of Motorola?

Recently there has been much talk about Google collaborating with Motorola on its latest Nexus phone which is rumoured to be code-named “Shamu,” is also known as the Moto S, Moto X, Nexus 6 and Nexus X.

Phone Arena notes that Google and Motorola have to call the phone “Moto X” because they cannot use the “Nexus 6″ term without copyright violations. Nexus 6 cyborgs featured in Philip K. Dick’s famous novel, “Do Androids dream of Electric Sheep? (Blade Runner in films)”, and his family could sue Google for trademark violations if they call their phone “Nexus 6.”

Also Best Buy indicated that a Nexus X device is going for sale ( as reliable tech tipster TK Tech News has managed to dig up information). TK Tech News also says that the Nexus X is will be sold at Best Buy in October.

It will run on the latest Google OS, the Android Lemon Meringue Pie 5.0.

There is no official confirmation yet from either Google or Motorola. 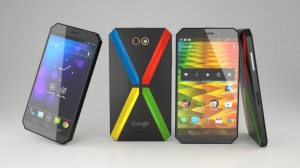 Google has also been linked with HTC for the Nexus 6.  Nexus6now has provided pictures of a HTC built Nexus 6 concept that features a metal shell, and speculates that the phone will have a 5.5-inch IPS QHD display, 2.5GHz Qualcomm Snapdragon 805 SoC, 3GM of RAM, 13 mega-pixel camera, 3,000 mAh battery and run Android Lemon Meringue Pie 5.0.