Home
Android
How to Play Counter Strike on Android Phone or Tablet?

Hello guys, this is a new How-To Guide from Techposts on How you can play most popular game Counter-Strike on any Android phone or tablet. Counter-Strike is the most successful first-person shooter of all time. It initially started as third-party Half-Life mod but then it got so popular that Valve had to hire it’s developers and buy the intellectual property to make it an official standalone release. But after all these years, this game is not available for Android or it wasn’t untill now. A very Big Thanks to developer Alibek Omarov who single handedly stepped in and took matters into his own hands to port this game to Android which is absolutely amazing feat. It’s a fully-functional port of Counter-Strike on Android.

Developer Alibek Omarov created a game engine emulator, and the a Counter-Strike launcher— which jointly allow us to play the Steam version of Counter-Strike on Android. But before you get too excited, let me tell you that there are few important requirements,

Xash 3D is basically a rendering engine for the game and the second app i.e. CS16 Client is the one that launches the Counter-Strike Game. But before downloading the CS16Client game launcher app, you’ll need to know if your phone runs on Single-Core or Multi-Core processor. To find out, just install Droid Hardware Info app and open it. Now if you have a Single-core device then download the “OMP version” (second link) or if your device runs on Multi-core, download the “NOOMP version”. Now that you downloaded both the apks’, install them one by one. 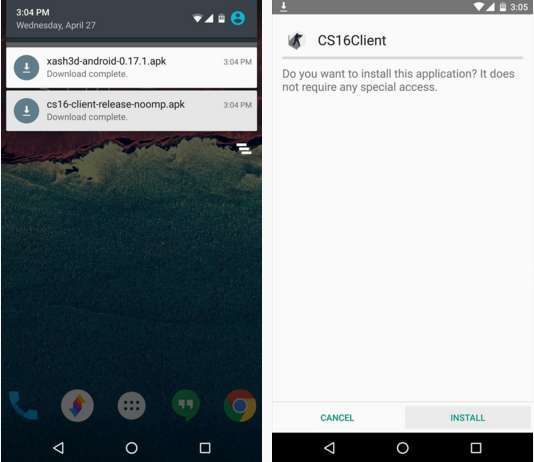 Copying Game Files from Your PC to Your Android Phone

Now that you have successfully installed both the apps, it’s time to grab some files from your PC. Now on your PC head over to

From here you have to copy only two folders that contains the game files. Select the cstrike and valve folders by clicking each while holding the Command button on your keyboard, then right-click the folders and choose “Copy.” Now connect your Android phone to your PC using a USB Data cable and paste these two folders anywhere you want. The total space these files require is 400MB so make sure that much space is available in your device. 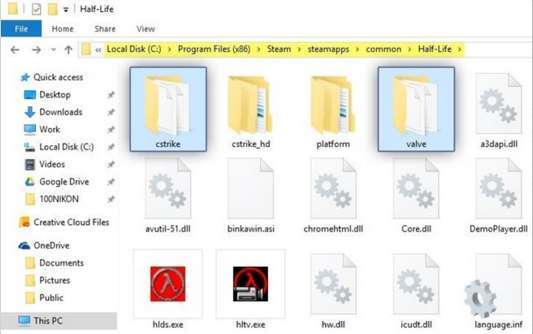 Copying Game folders from PC to Your Android Device

Tip: If you run into any problem while copying these files or not able to copy these files due to driver issues or any other reason, just upload them to some cloud storage and then download them directly on your Android device.

Move the Game Files to the xash Folder

Now that you have copied the two folders, there’s only one thing left to do. Now go to your phone and open the File browser app(Es explorer or any other). From here, go to your device’s main internal storage, then create a “New Folder” and name this folder as xash (lowercase). Now find those two files that you copied on your device and move them to xash folder. Now that all the stuff has been done, you are ready to play some Counter-Strike. 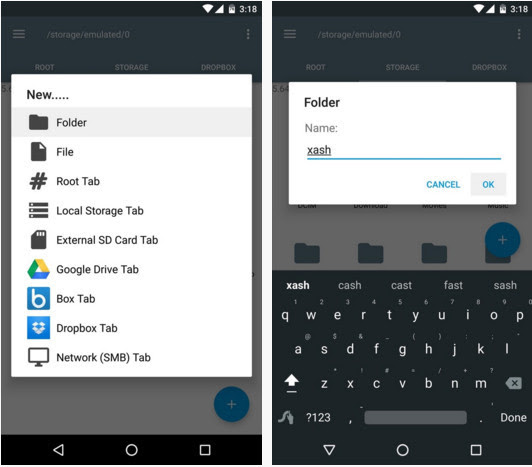 To play, open the CS16Client app that we installed at the beginning. Leave all the settings as it is already and press the launch button at the bottom of the screen. The Counter Strike will start running. Believe it or not but everything works perfectly and amazingly well. You can play Multiplayer game without hassle. So playing with your friends over local Wi-Fi will be an awesome experience. There’s a full suite of on-screen controls, like any other Android game. You can connect connect a Bluetooth game controller to your phone, as touch screen controls can get a bit sloppy at times. 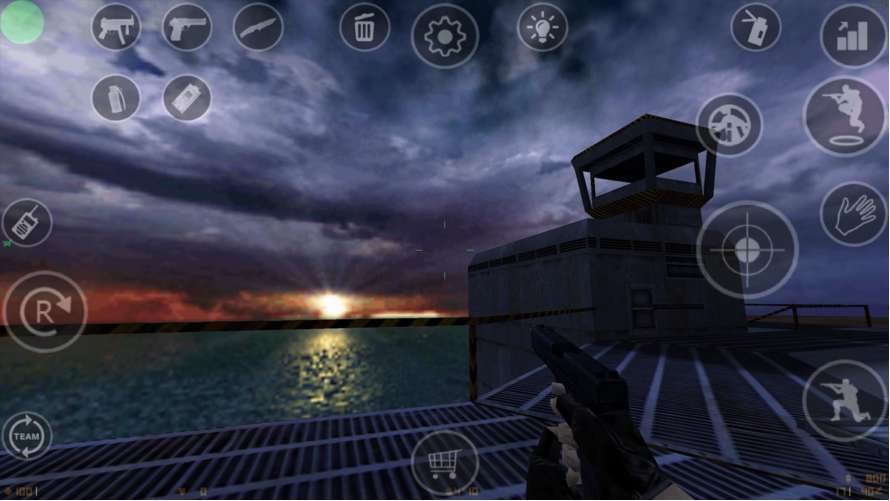