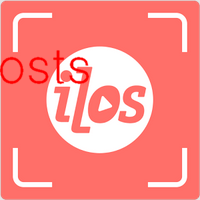 With the new Update of Android 5.0 Lollipop, the situation has changed. Android 5 is offering an API for the developers to add screen capture capabilities within an app without rooting the device.

One of the first is ICOS LLC who developed a mobile screen recorder that requires NO device rooting called “ilos”. ilos is available on both Android and iOS platform.

Step 2: Start Recording
Open the app, you will see a login screen,  Just select “Tap here to Capture Screen” up at the top. From there, tap on “Options” to change the resolution and FPS, then just hit “Start Capture” whenever you’re ready and Click “Start” to begin recording.
Step 3: Stop Recording
Simply tap the “Stop” option on the ilos notification tile by pulling down your Notification panel and you’ll be taken back to the ilos app.
Step 4: Share & Save
You can save it to your gallery or share it in any number of ways.Use the MX Player or ES Explorer (Sdcard/Movies/ilos) app to locate it in your Device.

Contents hide
Watch this Video to Understand Better :
Before You Go….
What's Your Reaction?

Watch this Video to Understand Better :

One of the best feature of ilos is the capability of recording sound both internal and the external using external mic, which wasn’t available with KitKat screen recording tools.

Also, Paid users can access the entire ilos ecosystem including a desktop screen recorder for Windows, Mac, and Linux. Quickly share videos on the ilos platform, organize them into playlists, or set video permissions, add users and user groups, upload videos from your computer.