Home
Android
How to root Android x86 4.3 Jelly Bean on Computer
In previous post i talked about installation of Android 4.3 JellyBean on Computers. And Now, This is a How To Guide for How to Root Android x86 4.3 Jellybean installed on Any Laptop, Computer or Netbook. As we all know, Android 4.3 brought with it some extra security features which caused some small issues with root. These have been solved by the likes of Chainfire and other developers, meaning we have root once more. This is their work, I’ve just botched it together to work on the Android x86 4.3 system, which works slightly differently.
You will need:

Follow the instructions on-screen. It tells you the rest.

On a linux boot:

Follow the instructions on-screen. It tells you the rest.
Reboot back into Android x86, it should have root now 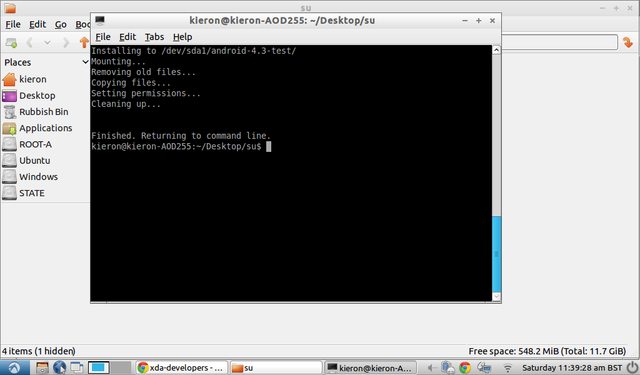 Changelog:
v2:
Included version for Android x86 boot, through the Alt+F1 terminal
Made it a bit simpler

Credits
@Chainfire for SuperSU and all the files included that the script installs
The SuperSU thread, don’t forget to thank on there
The Android x86 project for the OS itself and the init.sh file, which is patched as the install-recovery file is :

Thanks To XDA Developers

So This was All About How To Root Android x86 4.3 Jellybean on Computer. Subscribe and Like us for More Future How To Guides and Tutorials.