In my previous post, I showed how you can access and turn on Game Power Mode which is hidden by default in Samsung One UI. Today I will show you how you can tune each and every game on your Samsung Galaxy device and also tune some advanced game settings such as FPS, Game Resolution, etc. that will save a significant amount of battery power. So let’s get started! 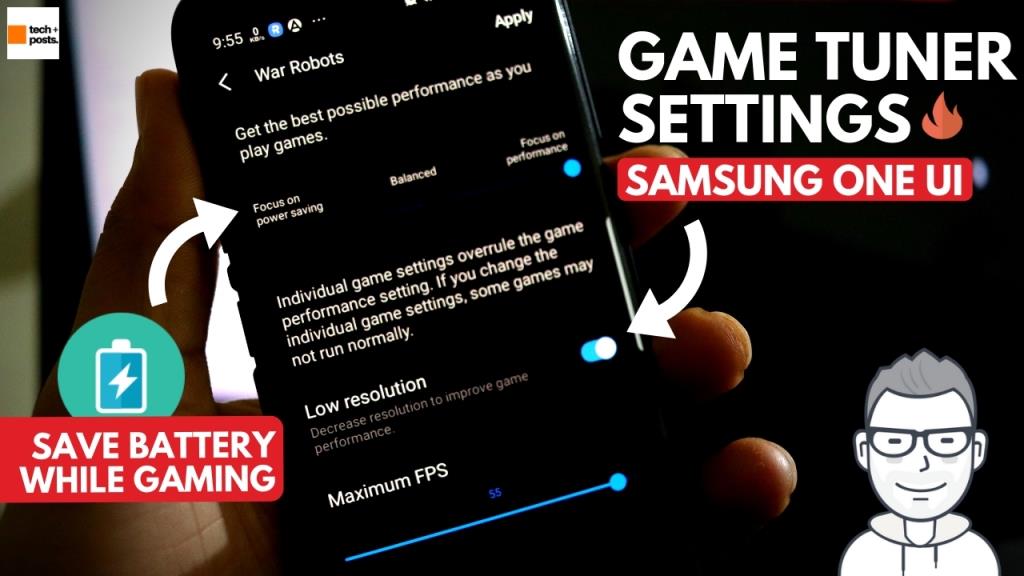 And yes, you can add a game if it’s not listed here.  You can also add normal apps like Twitter or Reddit or any app that is installed on your device.

You may say why?

Well, you can record the app screen without any third party app, that’s the first reason and then you will also see better performance and open additional apps in popup view with just a few taps without leaving the app. Nifty right?

Now, let’s head to the Game Launcher settings, Here you can choose to Hide Games and if you do so, the games will be visible only in the Game Launcher or if you search it. Otherwise, you won’t be able to find them like other apps

Here’s the Video Guide on Samsung One UI Game Tuner

And the games work fine. In fact, the Asphalt runs fine with battery save mode. which is amazing. So you choose to focus on battery saving or Performance or can also stay somewhere in between and its called Balanced.

152
SHARES
ShareTweet
Subscribe to Our Newsletter. It's FREE!
See also  How to install Latest ADB Drivers in Windows and Mac
Tweet