Even if it was removed from the Play Store, the memories of the ultra difficult and frustrating Flappy Bird can never go away. The design of the game was very simple but the gameplay on the other hand was challenging, which is why inspite of failing multiple times, players had a hard time to quit at the game.

After it was taken out from the Play Store, the game survived on the internet and even today one can still get hold of the game from many sites on the internet. Well Flappy birds has become the past now, what’s trending now is a new game called Timberman. Developed by Digital Melody, Timberman looks like a simple game, however looks can be deceiving and the same is the case with this game. 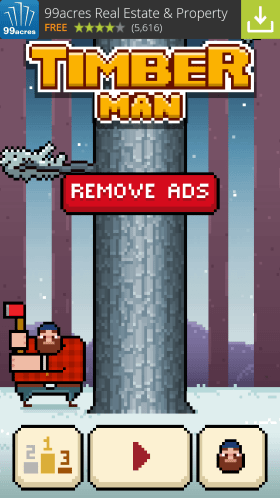 Timberman is an arcade style game where you need to chop down a tree and avoid branches of the tree in the process. Well it might seem easy as you read it, but the gameis infact much more difficult than Flappy bird. 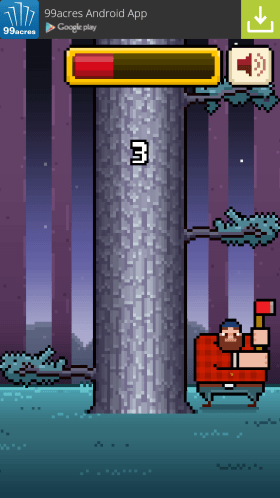 Unlike Flappy birds, Timberman is a rewarding game where you can unlock additional characters. However the game is full of advertisements and cause a lot of annoyance. Well ads are for freeloaders, if you want to play the game without the ads, you will have to make an in app purchase for removing ads that will cost you around $1. 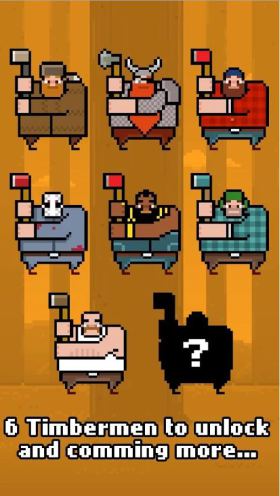 You can download Timberman from the Play Store link provided below: