It’s been only few weeks when WhatsApp started rolling out its messaging app’s calling feature for Android users and not for iOS or Windows. Luckily, the same feature has started coming out to iOS users. The latest version of the app is now available on the Apple App store for download with Voice calling feature.

Whatsapp’s calling feature allows people to call other Whatsapp user, having Voice call feature enabled, using the internet (could be Wi-Fi or 2G/3G/4G).  This way the user’s cellular data is used instead of the phone network’s calling charges. 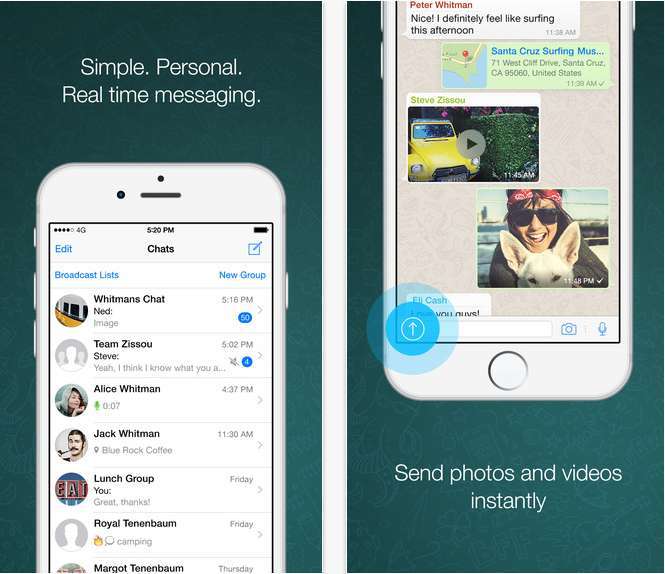 WhatsApp Calling is now being rolled out for iOS users. Note : Expect to receive the rollout in several phases.
(Photo : Apple itunes)

With this feature available, users can call friends and family using WhatsApp for free, even if they’re in another country. WhatsApp calls use your phone’s Internet connection rather than your cellular plan’s voice minutes. Data charges may apply. Note: WhatsApp Calling is rolling out slowly over the next several weeks.” says WhatsApp in iTunes.

Upcoming Features in WhatsApp updates for Users On Android, iOS and Windows Phone:

WinBeta reported about a possible WhatsApp tie into Skype. A reference to some code in the WhatsApp voice calling update referenced, “Call via Skype.” There hasn’t been any confirmation on this feature just yet, but it is possible WhatsApp could also tie into a built-in Skype experience.

Saving WhatsApp Conversations On One Drive

For Android users, WhatsApp has already started a new backup feature that lets users to save conversations on Google Drive by linking their Gmail Account. A similar One Drive integration may also arrive for iOS and Windows Phone users but there is no official confirmation on it. You can download the beta version from here for Android users. See Screenshot :

Subscribe us for more such updates on How to Guides, Android, iOS, Windows, Mac and Linux. Connect with us to stay updated for more by subscribing to our Newsletter or on Facebook, Google+, and Twitter.