Android has the most secure internal security. Despite, millions of people are there who want to have an extra security around. Some Android devices come installed with antivirus Android apps. These antivirus apps also features phone finding and other phone security benefits along with virus/malware detection. Like in our previous guide we mentioned Top 10 Best Antivirus softwares for Widows and Mac 2015, Here is our list of the best and top 7 antivirus Android apps both free and Paid. 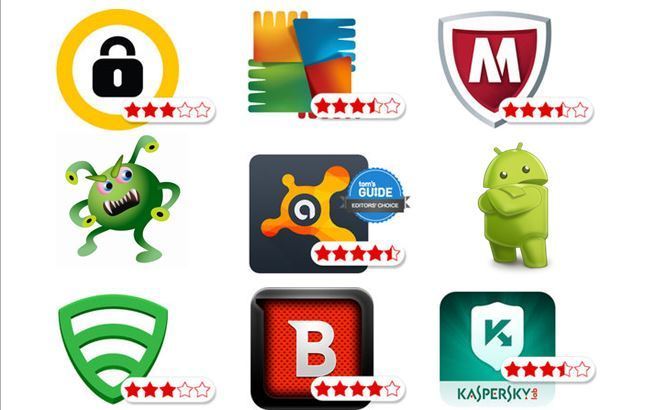 Avast Mobile Security is a free antivirus for Android which secures your Android device against unwanted phishing, malware, spywares and malicious viruses such as trojans. Avast for mobile also gives protection against loss or theft of device.

Avast’s premium version ($15 per year) includes everything from a privacy adviser to a customizable blacklist, and even has options for rooted phones. The app almost does too much, but the well-organized interface and support keep it user-friendly. Overall, Avast! Mobile Security & Antivirus is our favorite Android security app.

Bitdefender is free antivirus app for android, best known for privacy protection. Also give your Android mobile devices complete protection from viruses. The separate Bitdefender Antivirus Free for Android only scans for malware. It can be downloaded for free but this app comes with a 14-day trial. After 14 days, you may reactivated it for $1.49/month or $14.95/year.

AVG is available as free and paid version. The free version is Antivirus Security – Free. The free version secures your Android™ from harmful viruses, malware, spyware and text messages and helps keep your personal data safe. This antivirus app slows down android device if we compare to other antivirus mobile apps and its malware detection rate is far behind.

Lookout Security and Antivirus features top-notch protection against mobile threats, phone loss and theft. You can easily log into Lookout.com to locate your phone, view your backed up data and manage your devices, anytime, anywhere using your registered email ID. This app is best for protection against theft or loss. I personally use this app and like its other features which includes App Scanning that gives you over-the-air protection from viruses, malware, adware and spyware.

Lookout offers a two-week free trial. if you don’t want to purchase premium version you can still continue to enjoy Lookout’s free features to keep your device safe and secure.

Norton Security and Antivirus app is the all-in-one mobile security and virus protection app for any android smartphone or tablet.  It Scans and removes apps that have malware or viruses that can harm or slow your device, other Features like SMS to remotely lock your lost or stolen phone, protection against websites designed to steal your information and money. Free version is valid for only 30-day trial.

If you find some other Android Antivirus apps that should be included in the list then please give us your suggestions below. Stay tuned for latest technology news, Updates and How to guides from Techposts