Yesterday, ISRO’s commercial wing Antrix Corporation Website was hacked. The time of attack is crucial to note as hacking occured just two days after ISRO launched PSLV-C-28 with five British satellites in its heaviest ever commercial launch. It is a major security breach as far as India’s space program is concerned. 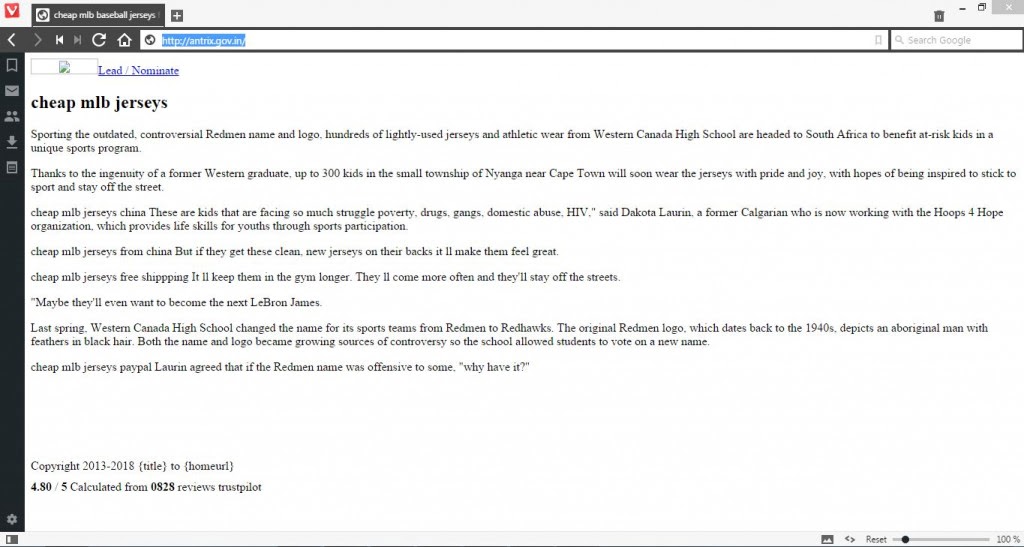 The most scandelous Chinese hackers are said to be the forces behind this hacking attack. However, it’s not confirmed yet, but Antrix officials are looking into the fault While ISRO officials said that the site is being modified and is under construction. The URL of commercial wing, antrix.gov.in of Antrix Corporation was redirected to a web page after hacking. The redirected page contained information about some sports merchandise and Canada High School.
Currently, the website is under construction and officials dismissed this incident from calling it a hacking. They informed that the Antrix’s website only contains public information, a Official added that there is nothing to worry. A senior official said “Other pages are fine, however the officials at Antrix are trying to find out the problem and solve it. The space agency also stated that efforts are on to set it right.

Antrix Corporation Limited Website Under Construction after getting Hacked

Antrix Corporation is a Rs. 1,700-crore Mini Ratna public sector undertaking (PSU) that deals with promotion and commercialization of space products. It provides space products and services to international customers around the world. Some of ut’s clients are EADS Astrium, Intelsat, Avanti Group, WorldSpace, Inmarsat, and other space institutions in the world.

Don’t forget to Subscribe us for more such Tech News Posts and other tips related to Android, iOS, Windows, Mac, Linux and stay tuned for latest technology news, Updates from Techposts. You can also connect with us by following us on Facebook Google+ and  Twitter