After a long waiting, Microsft has finally released Windows 10 Mobile OS Update. Please note that this update will be in stages which means not all Windows phones will be getting this update for eg. Limia 520 and 1520 are not included in first wave but may get in second or third wave which is a bit surprising. 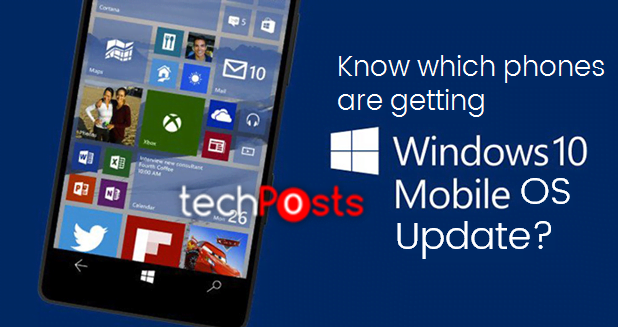 Everyone was eagerly waiting for Windows 10 mobile update. Now that it has been officially released by Microsft for few selected devices, Windows Mobile users must be eager to know how to update their eligible device with Windows 10 Mobile. The first list of Lumia smartphones that will receive a free upgrade when available are

Microsoft sort of confirmed that this rollout of Windows 10 Mobile will take place in stages and minimum 8 GB of internal memory is required for this update. Lumia 520 is the most popular Windows phone. To our surprise, Nokia 1520 and 520 are not included in first wave, which is going to disappoint many Windows Mobile users.