Do you want to Android on PC? or you want to see Android Running as a full fledged OS on PC l;ike Windows and other Linux OS? Even if you don’t, but a Chinese company called Jide Tech is one such Android device maker that’s dreaming Android as a Windows-like platform that could deliver PC-like functionality to end users. The company is promising to a $20 device that’s described as the “world’s first true Android PC. 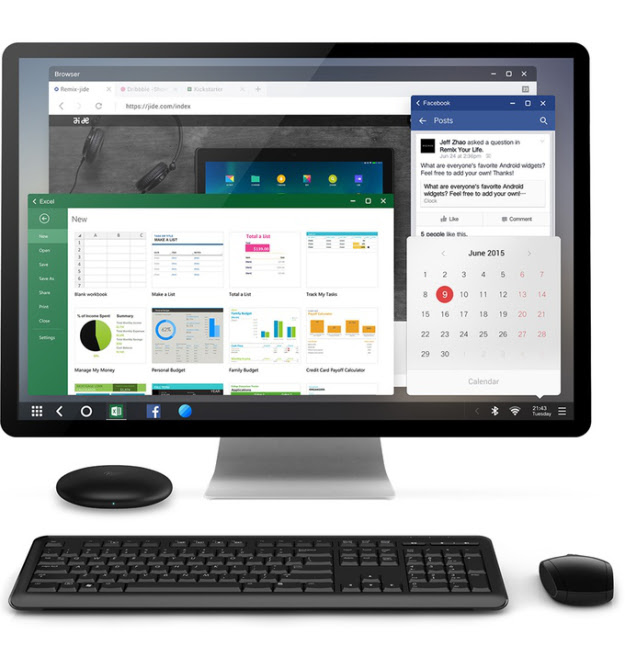 The device is named Remix Mini and costs just $20 for the 1GB RAM version while the 2GB model costs just $40. The company has already achieved $50,000 funding goal, with 44 days left in the campaign.

Remix Mini pebble-like PC will come packed with a 64-bit 1.2GHz quad-core Cortex-A53 chip, 1GB or 2GB of RAM, 8/16GB of inbuilt storage, Wi-Fi (802.11b/g/n), 2 USB 2.0 ports, Ethernet support, Bluetooth 4.0 support and equipped with HDMI connectivity, but you’ll have to buy a monitor for it separately – see the Android PC in action in the video below.

It will come with the special Android-based OS called Remix OS which will support mouse and keyboard. A dedicated file manager will come preinstalled and you will be able to resize the window like i Windows or Linux OS with packed features that will remind you of Windows PCs.