In this Article, I will share my experience with Shop and Ship, INDIA. It’s a package forwarding service by Aramex. So if you are thinking of importing any product from the US or any other country to India or if you just want to know about How ShopAndShip Works, continue reading this article as I will be sharing my experience of importing a 8GB DDR4 RAM from the United States. I will also explain if you should use a Package forwarding service like ShopandShip or use sites like Amazon.com or Amazon Global in India to directly import. So let’s find out the which one is cheaper, safer and the best way to import. 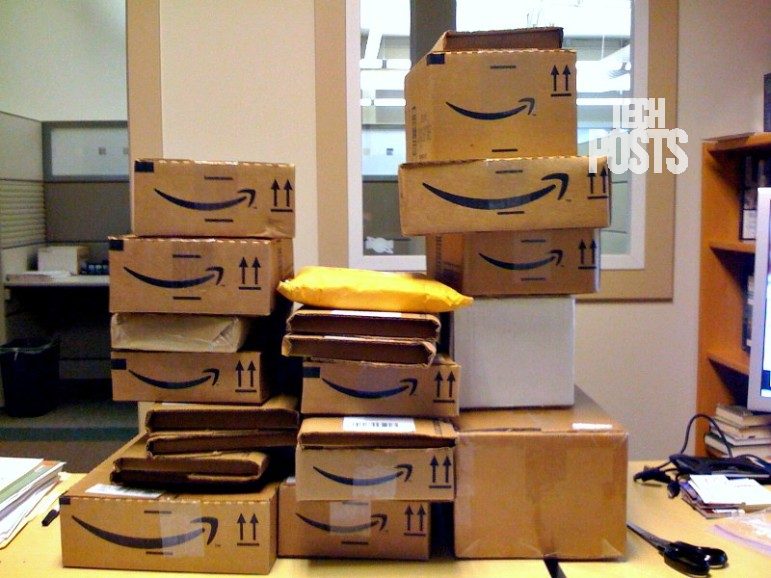 Imported RAM via Shop&Ship from the United States

Recently I ordered a 8GB DDR4 Ballistix Sports LT RAM from Amazon.com and used ShopAndShip service to get it delivered in my country, India. Amazon delivered the Package to the New York address assigned to me by ShopandShip on 31st August 2017. After that, Shop&Ship took 1 day to update my package information on their Website. You can also use their mobile app to check updates and track packages, it’s available on Play Store for free.

On 2nd Sep I received a mail asking for the Invoice. I downloaded the invoice from Amazon.com and uploaded on Aramex’s ShopandShip site.

After that, no update was done until I personally sent a mail asking to update the status of shipment as I have already sent you the invoice. Finally, after waiting for 5 days, on 6th September, they updated the Shipment info which then starting showing shipment in transit. After that, I had to pay $10+GST which came to Rs.755 (INR). I tried paying via their website through credit card but for some reasons, their payment gateway gives an unknown error while processing the payment. After like trying 6-7 times, finally money was deducted from my Bank but again, error page was displayed. So, I contacted Aramex and sent them the screenshot of payment and error. 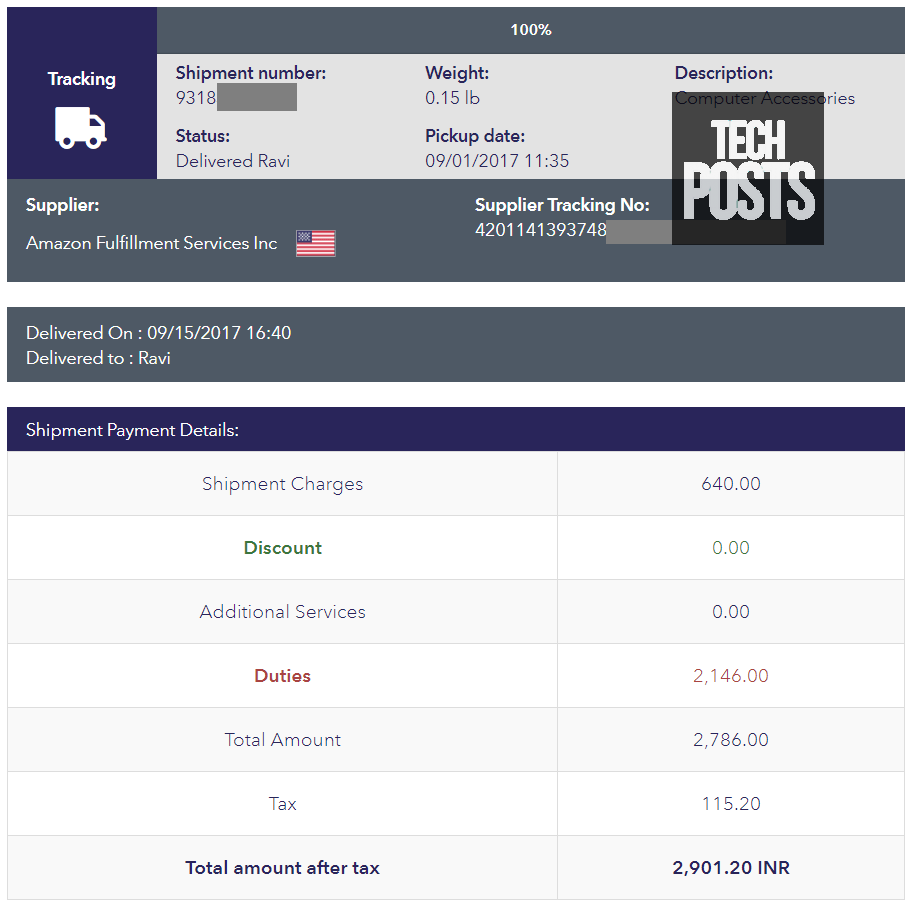 BTW, You also have an option to pay the charges at the time of delivery which I came to know later. Anyways, The shipment value was $80 USD which includes $6 USD tax paid to US Govt.

I had a Gift card from Amazon Affiliates, which I used to pay for the RAM and finally after deducting the gift card value, I paid $37 USD via my Credit card which was around Rs. 2400 (INR). 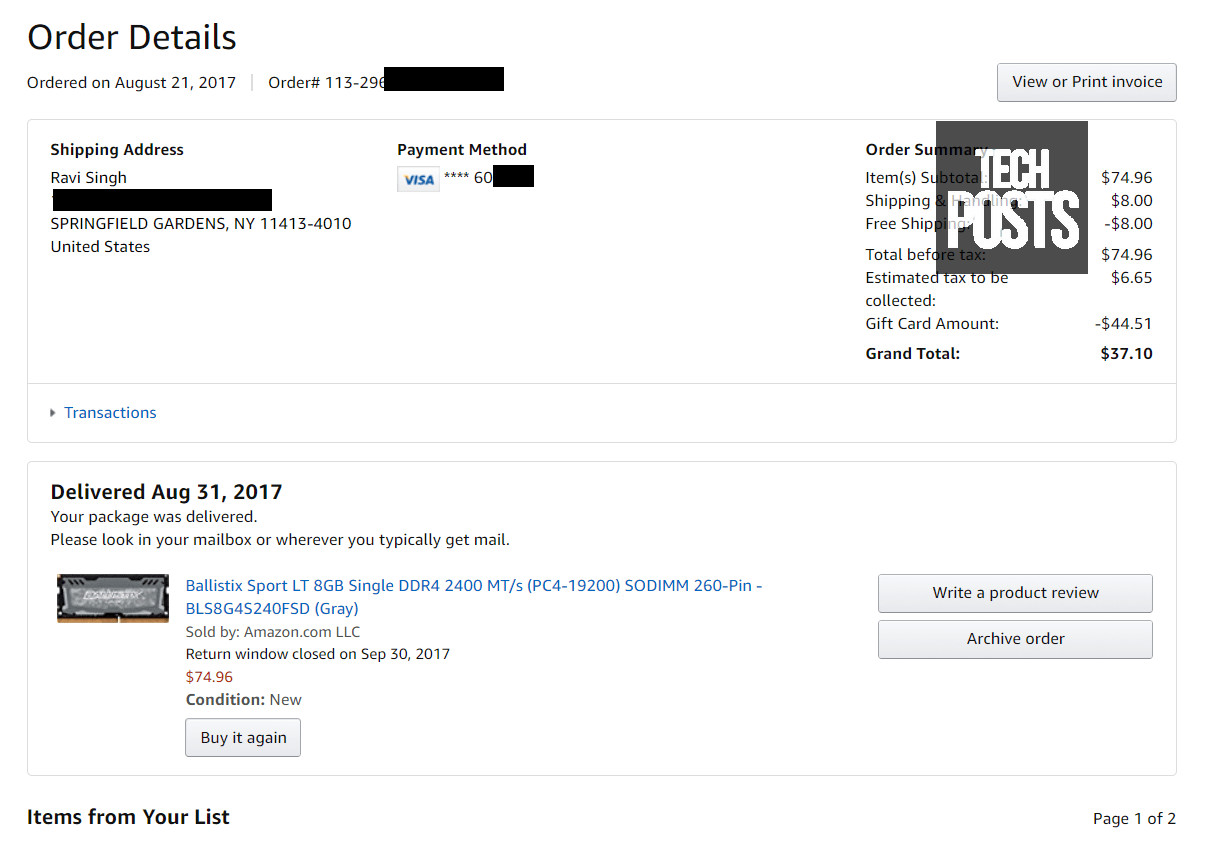 The Invoice shows a Grand Total of 37USD. So finally on 11 September 2017, I received a call from the Delivery person asking for Rs.2900 or roughly 45USD as import and delivery fee. I already paid 755 and there was some communication gap between the ShopandShip office in Gurugram and the office from where it was out for delivery.

Finally, after several emails and calls, I received my RAM and I paid Custom Duty of Rs. 2044 and Broker fee Rs.100. So the total amount comes to 4300 INR ($66 USD). Now it’s available at the much cheaper price on Amazon.com and you can buy it directly from there.

I don’t recommend the ShopandShip service for importing products which are available on Amazon.com and other international E-commerce sites that deliver in India like NewEgg, B&H, etc. It’s hassle free and if the product is faulty, you can return it via Amazon. It’s very easy and it’s not the case with ShopandShip.

Now the difference between the cost of importing between ShopandShip and Amazon.com is just Rs.250-300. And for that difference, I had to go through late shipment and delayed delivery. Plus I can’t return the product if it’s a faulty one. So this was basically an experiment that I wanted to try out and review the ShopandShip service for all you guys who may have come across this or similar package forwarding services. 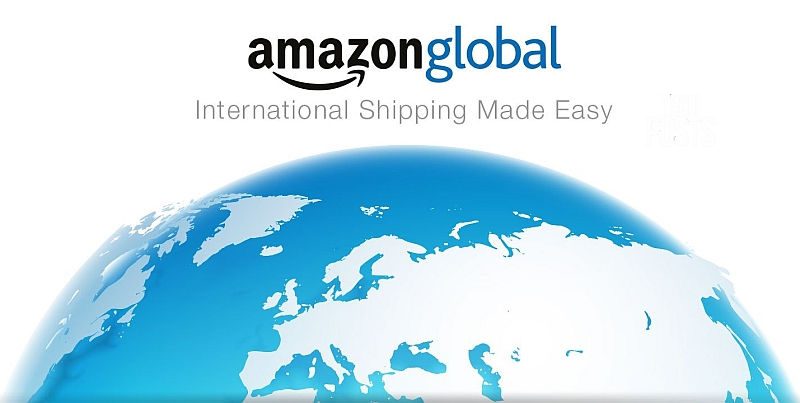 I recommend buying directly from stores who deliver in your country. Use Shop and ship or similar services when there’s no other way or if the seller doesn’t deliver to your address. I hope this video will help you all. Subscribe now for more videos like this and share this video.